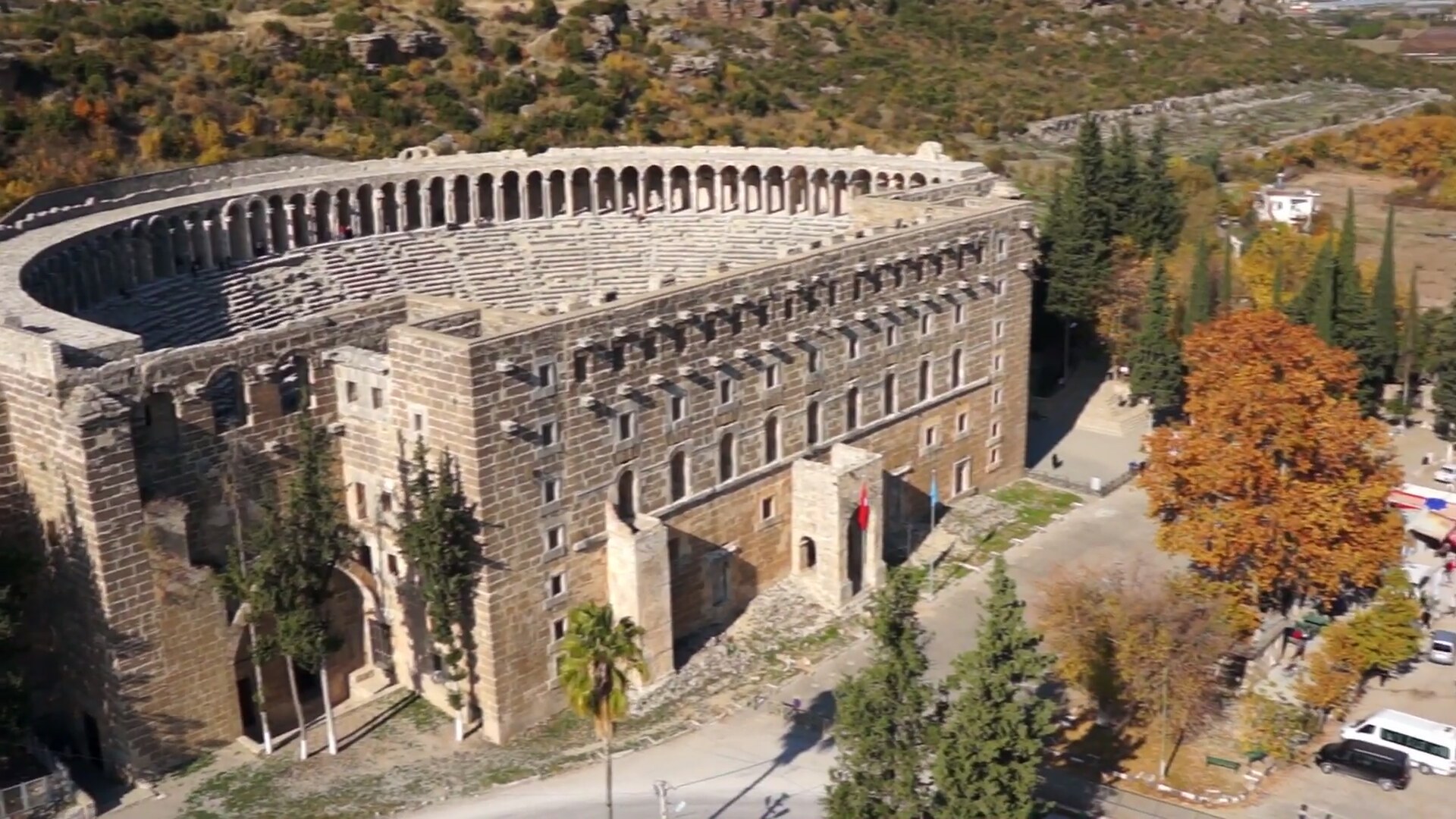 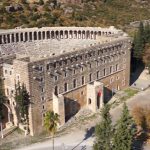 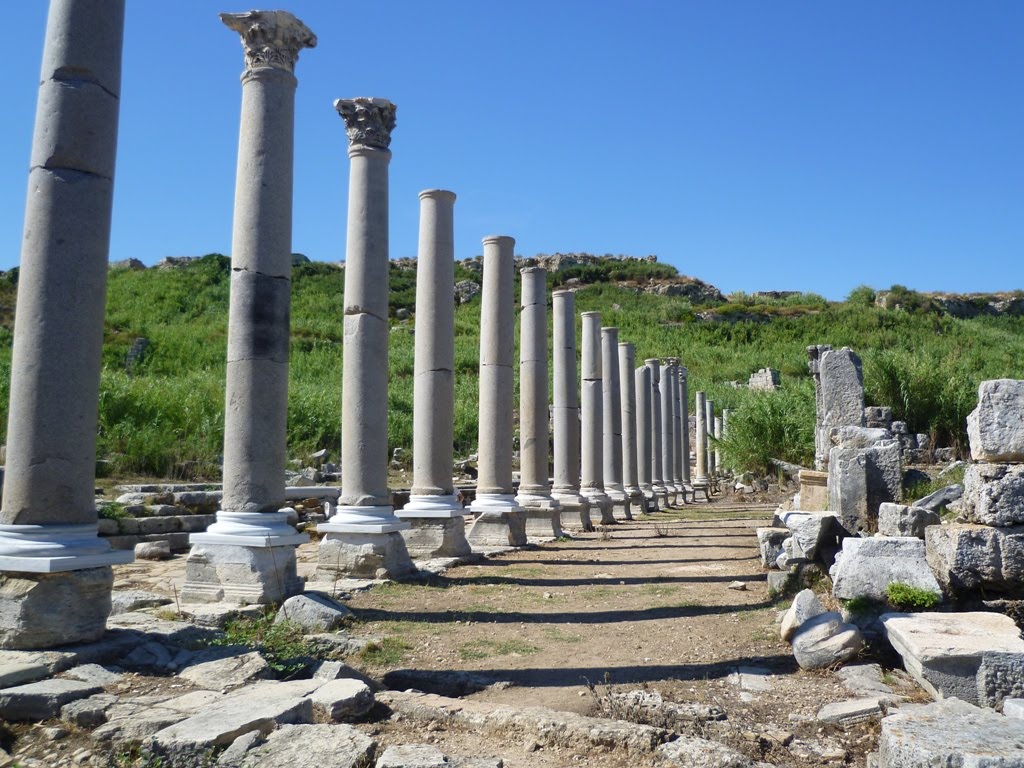 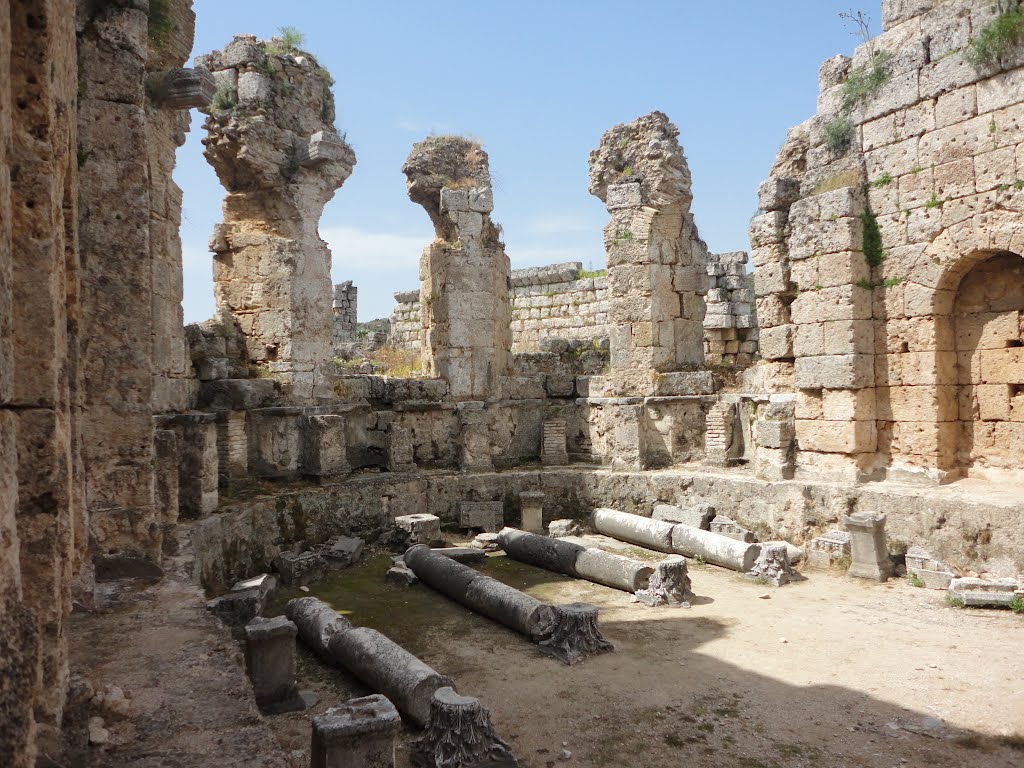 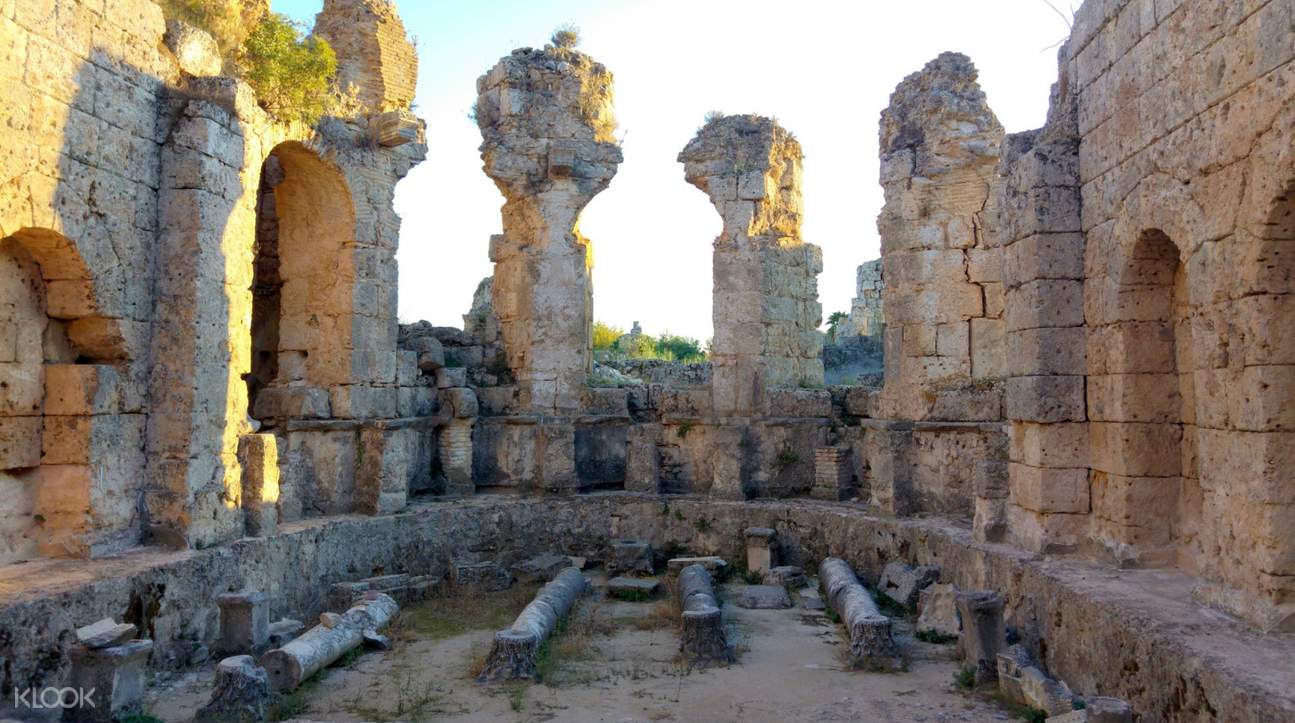 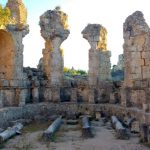 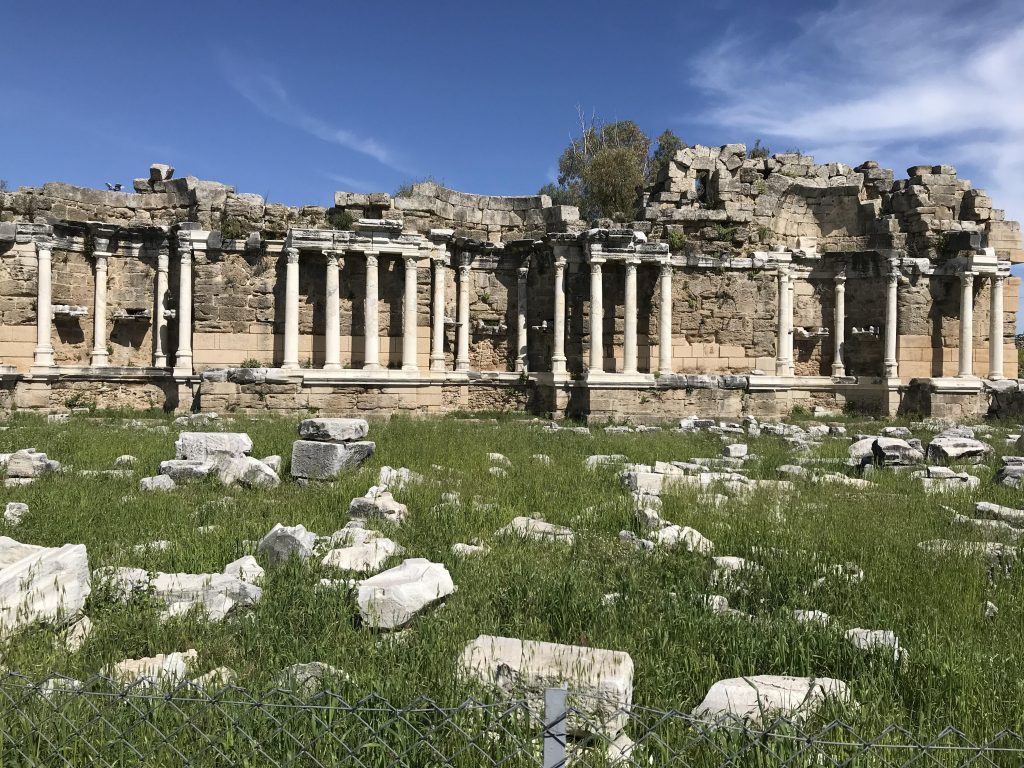 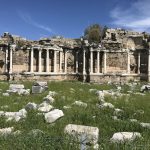 Perge,the long established city of Pamphylia region,is located 18 km. east of Antalya and 2 km. north of Aksu village.The archaeological site of Perge has been excavated systemically by İstanbul Univercity since 1946.Perge is very important from the aspect of city planning during the late classical,hellenistic and roman empire.The distinctive order of the Acropolis during the late classical systematically carried to lower city.The concept of ”democratia” is very important for the city planning during the classical period.This was also true for hellenistic and roman empire period in perge.The position of the colonnaded street is very important for consituting the north-south direction of the city.On the other hand,the water channel which crosses the colonnaded street from one end to another important design of the city.Supported with the four monumental fountains and two baths give the city impression of a water city for this time period.The defense system of the city which was built in the hellenistic period and repaired and strengthened during the later periods is another distinctive feature of the city.The city walls,towers,bastions and monumental gates of the lower city still in good condition of preservation.The walls of the acropolis are important samples of classical military architecture.

The theatre was actually built in the 2nd century AD,during the reign of the roman emperor Marcus Aurelius(161_180 AD),on the basis of the project created by zeno-a Greek architect born in Aspendos.The greek and latin inscriptions which are placed above the the entrances to skene building state that two brothers-Curtius Crispinus and Curtius Auspicatus dedicated this theatre ”to the gods of this country and to the imperial house”.Despite the fact that the theatre was build in the roman period,the building displays many features typical to Greek theatres.The auditorium rests in part against a hillside.Moreover,a horseshoe shape of the audotorium also is a greek feature.On the other hand,according to roman standards ,the theatre is cut of from the outside world by the skene building.Also the barrel vaulted substructure is a typical Roman idea.

Side is reached by turning south 3 km. before Manavgat on the Antalya-Alanya highway.The exact date of its founding is not known.In the language of Anatolia ”Side” means pomegranate.From inscriptions it appears that Side dates back to the Hitite period.The city was constructed on a peninsula and was a Hellenistic and Roman town,protected by city and sea walls.One’s attention is particularly drawn to the city gates and walls,as well as many remains of aquaducs which brought water from the foothills of the Taurus Mountains and the surrounding country.The old baths have been restored and turned into a museum,in which are exhibited some of the statues and art treasures found in Side.One of its most important buildings is its 15000 spectator theater.The difference between this Roman theater and other antique theaters in the region is that is not built against a hillside.Side has colonnaded streets,a triumphal arch,a harbour,baths,fountains,cisterns,aquaducs,temples and agora.